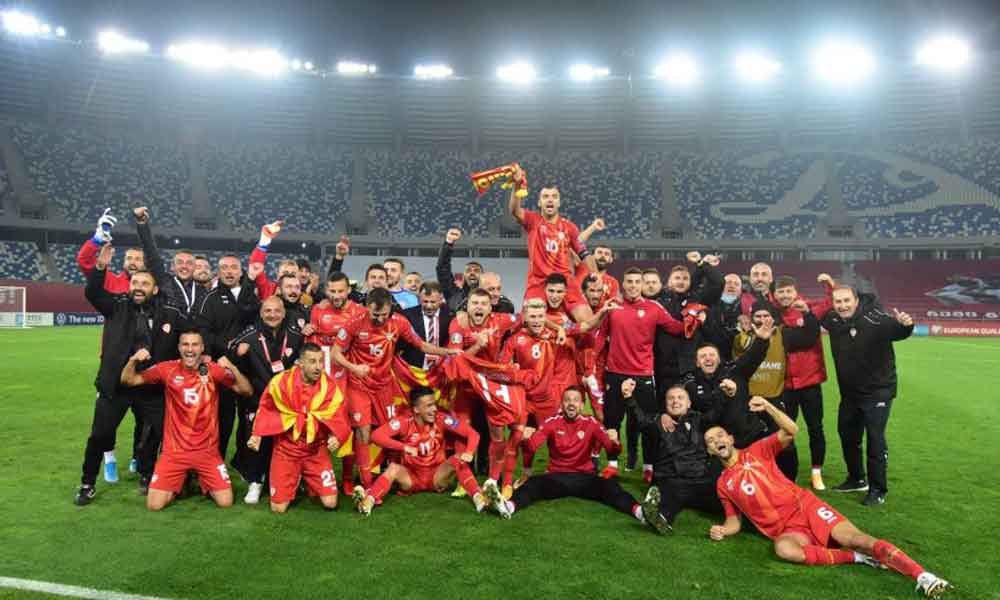 History is made! Macedonia qualified for the football Euro 2021, the first-ever major tournament in the team’s 27-year history, when a second-half goal from 37-year-old forward Goran Pandev gave them a 1-0 win away to Georgia in the playoff final game on Thursday.

Macedonia’s forward Goran Pandev from italian Genoa scored on a counter-attack in the 56th minute at Tbilisi's Boris Paichadze Dinamo Arena. It was a perfect play of the "Italian connection" in Macedonia's team. The score was intitalized by youngster Elif Elmas (SSC Napoli), who broke through on the left side and engaged Ilija Nestorovski (Udinese Calcio) in the play who served team leader Pandev in the box. Macedonia's captain scored with his left.

Georgia, also hoping to qualify for their first major tournament, lost their composure after the goal and never threatened to get back into the game.

Macedonia will face Austria, the Netherlands and Ukraine in Group C at Euro 2021, which has been postponed until June-July next year. According to the actual game sheet, Austria and Macedonia should face each other on june 13th, 2021 in Bucharest.

“We will play for our nation’s pride in the finals,” said coach Igor Angelovski. “Pandev scored a beautiful goal to take us through.”

“I am so happy. I’ve have played in a lot of games like this before and I think my experience helped the team to achieve this success,” said Pandev.