Macedonian national team coach Igor Angelovski called up the squad for the upcoming EURO2020. The first ever final tournament Macedonia will take part. 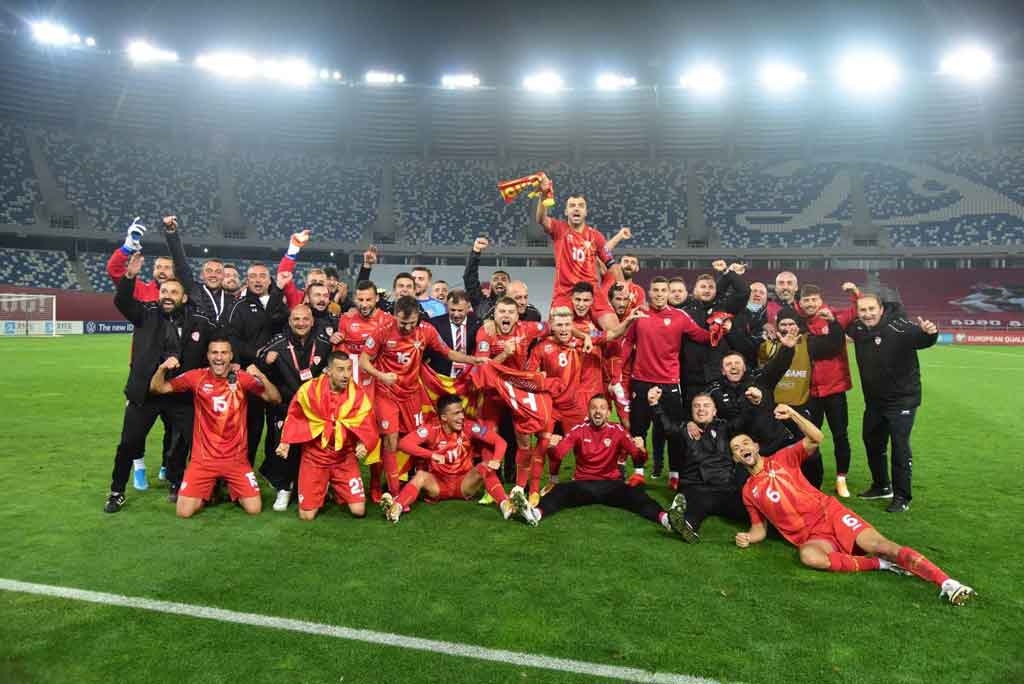 Three upcoming talents for the June 11-July 11 European championship were called as Macedonia aims to make an impact in their maiden appearance on the big stage.

Two of them, make their debut for Macedonia: Uncapped 22-year-old goalkeeper Riste Jankov and 23-year-old forward Milan Ristovski made it to the Macedonian squad alongside midfielder Darko Churlinov, who made his debut in a 2017 friendly against Belarus.

Churlinov holds the record for the youngest Macedonian national player. The 20-year-old Churlinov has not played at senior level since then, but earned a spot at Euro 2020 after scoring five goals in 16 games for the Under-21 side, as well, as striker Ilija Nestorovski will miss the EURO after undergoing surgery.

“The three of them deserve to be at the Euro 2020 because they are the future of Macedonian football and are also playing regularly for their clubs," Angelovski told to local media in a press conference.

“This is a great group of players and I believe in them. They have achieved a historic success by qualifying and we will now do everything in our power to make an impact.

“We have set our ambitions high and as our goal is to reach the knockout stages. It’s been an incredible journey and we now have to be focused on the task ahead."

Macedonia are in Group C alongside the mighty Netherlands, the Ukraine and Austria - with Austria Macedonia already met in the qualificitaion for the Euro. Macedonia will face Austria on June 13 and Ukraine on June 17 in Bucharest, before facing the Netherlands in Amsterdam four days later.