With visitors to Macedonia making a beeline for Lake Ohrid and the capital Skopje, Bitola is still waiting for its moment in the spotlight. But this charming city rewards curious travellers with some heavyweight historic sights and effortless cafe culture. Add to that a renowned international film festival, burgeoning local wine production and excellent hiking nearby, and Bitola makes a worthy stop on any Macedonia itinerary.

Bitola - A stroll through history

Bitola’s architectural elegance won’t come as a surprise once you learn that the town was the diplomatic and cultural centre of the Ottoman Empire in the Balkans. This earned it the moniker ‘city of consuls’: 19th-century European cultural influences are evident in neoclassical-style townhouses built by the local aristocracy.
The 16th-century Yeni, Isak and Yahdar-Kadi mosques, as well as the imposing Saat Kula (Clock Tower), bring further echoes of Ottoman rule. The lively Stara Čaršija (Old Bazaar) flourished in bygone days as an important trade centre in the Balkans, cramming in more than a thousand crafts shops. While less than a hundred different wares are sold today, wandering around the cobblestone streets is a fun time-warp experience  – as well as an opportunity to grab some bargains and authentic souvenirs. 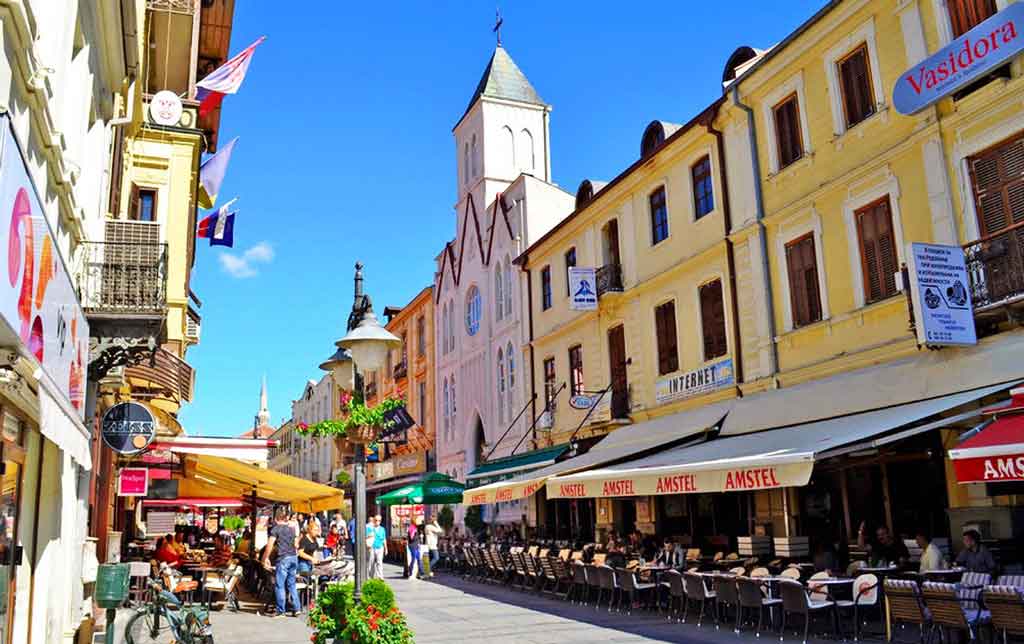 Not to be missed is the Museum of Bitola (muzejbitola.mk), housed in the old Bitola Barracks (1848) which once served as the Ottoman military academy. Its most famous student – and 1899 graduate – was undoubtedly Mustafa Kemal Atatürk, the father of modern Turkey. Among the many official documents and photos in the Atatürk memorial room, a wistful love letter from a Bitola girl casts a more entertaining light on the great statesman’s life. The excellent permanent exhibition is the history of the region in a nutshell, with a wealth of archaeological and ethnographic artefacts from Neolithic, Hellenistic, Roman and Byzantine eras on display. Another highlight is the lovingly preserved Bitola townhouse room from the turn of the 20th century.
On the town’s outskirts, the ruins of Heraclea Lyncestis (founded by Philip II of Macedon in the 4th century BC) are among the top archaeological sites in the Balkans. It flourished during the Roman rule as an important stop on the Via Egnatia route and later became an episcopal seat. While excavation works are ongoing, visitors can see the remains of the Roman baths and amphitheatre, early Christian basilica and episcopal palace, and admire the colourful floor mosaics with symbolic animal motifs.
...
You can read the full story on our Tourism Blog here.
Source: Lonely Planet (2016)
German/Deutsch: VIER GRÜNDE BITOLA ‚MAZEDONIENS STADT DER KONSULE‘ ZU BESUCHEN
Tags:
Bitola Travel