There were high-class sim racing duels on the virtual Hockenheimring. The next virtual run of the ADAC eSports championship will take place at the Sachsenring.

From pole position to sovereign victory: Macedonian Erhan Jajovski, who competes in the Mercedes-AMG GT3 for Formula 1 driver Romain Grosjean's eSports team, wins round three of the ADAC GT Masters eSports Championship powered by EnBW Mobility + on the virtual Hockenheimring.

Euronics Gaming driver Tim Jarschel took second place in the Corvette C7 GT3-R and thus he took over the overall lead in the ADAC eSports series endowed with prize money of 80,000 euros. 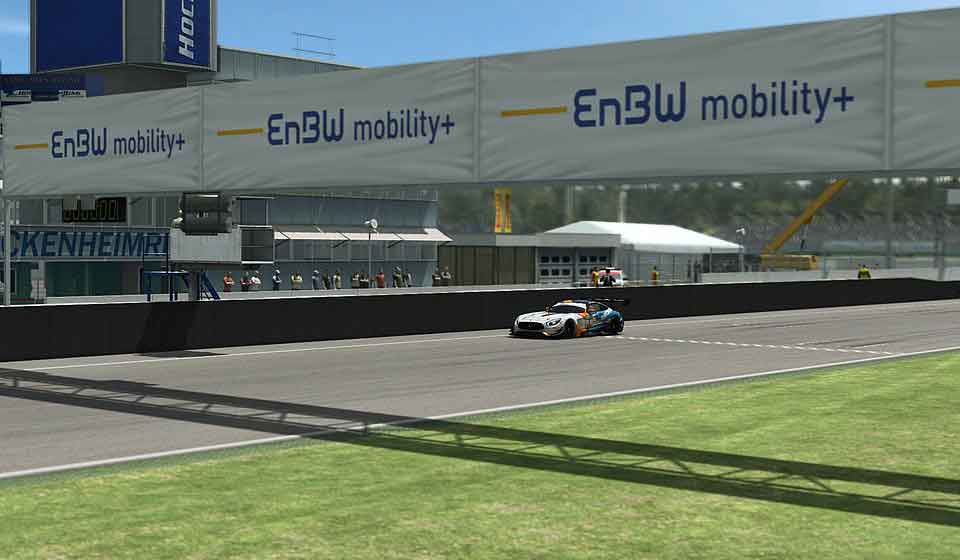 Bence Bánki, also in the Corvette, takes third place for the Red Bull Racing Esports Team. The fourth round of the championship will take place at the Sachsenring in less than 14 days, and guest starters can qualify for the race until September 25.

On the digital version of the legendary German Motodrom, the eSporters of the ADAC GT Masters eSports Championship powered by EnBW mobility + showed their class on the Sim steering wheel. Above all, pole setter Erhan Jajovski did not let himself be disturbed by a turbulent start phase.

He did not give up his place at the front of the field until the checkered flag and won confidently over his rivals: "My pace on the course was very good today. Especially because I was at the front, I was able to concentrate on my line and get in drive fast races", said Erhan Jajovski happily about his victory at the Hockenheimring.

Gergo Baldi (M1RA Esports) in the BMW M6 GT3 and last year's champion Mercedes-AMG GT3 driver Moritz Löhner (Mahle Racing Team) crossed the finish line in fourth and fifth place. In the overall standings, Tim Jarschel is now at the top of the simracers with 51 points, Nikodem Wisniewski is just behind in second place with a total of 46 points. After his victory, Erhan Jajovski is now third with 40 points.

The fourth round of the ADAC GT Masters eSports Championship powered by EnBW mobility + starts on Saturday, October 3rd at 6:30 p.m. on the Sachsenring.

Interested sim racers can qualify online via http://game.raceroom.com/de/championships/44 by September 25, 10 a.m. free of charge with a quick time for one of the four guest starting places on the grid of the ADAC eSports championship.