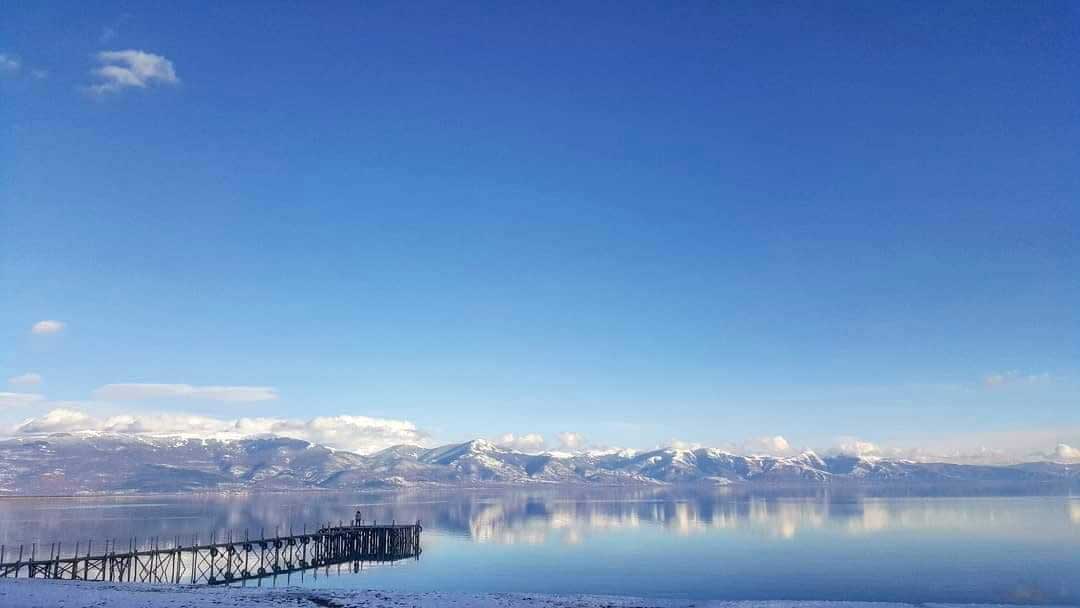 Both lakes, connected by passages under Mount Galicica, went back - Ohrid by two centimeters and Prespa by one. A major factor is the runoff of water through the Crn Drim River, which flows from Lake Ohrid and is used to generate energy in Macedonia, and Albania in particular. However, the crisis in Prespa can also be attributed to lower inflows.

Euronews reported months ago: Lake Prespa in Macedonia is drying up

As early as December last year, the news channel Euronews reported that Lake Prespa in Macedonia was drying up.
A resident who lives not far from the lake told thenews broadcaster from France:

From 2018 to the present day, the lake has retreated at least 35 to 40 meters from the original waterline in terms of height difference

Atanas Ugrinovski from the Hydrometeorological Institute of Macedonia saw the following reasons for the slowly disappearing Prespa Lake, in the triangle of Macedonia, Albania and Greece in the article from December 2019.
“The low level of Lake Prespa is primarily due to natural factors, the air currents that have prevailed in the past, the lack of rain and the rather dry winter. We have also observed an increase in temperature in recent years,”explained Ugrinovski.
Tags:
Environment News Ohrid Prespa