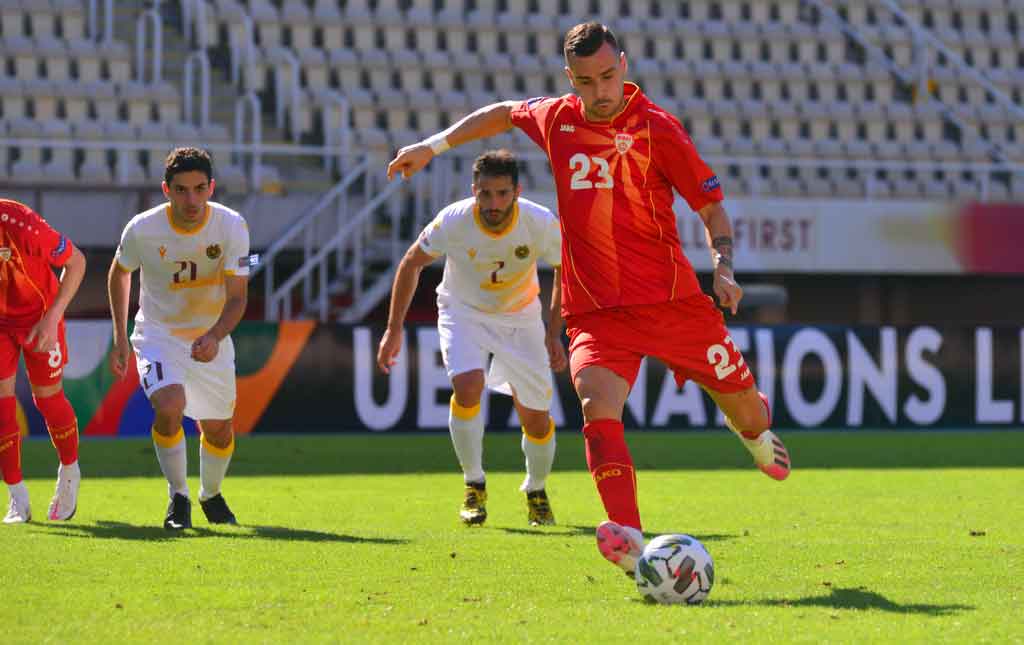 First win in the first game for Macedonia over Armenia, in the season opnener of the second ever season of the UEFA Nations League. Two goals from Ezgjan Alioski and Ilija Nestorovski in the first half sealed the 2:1 win. Both were scored from penalties after Elif Elmas was fouled while in action in front of the Armenian goal.

Armenia also scored from a penalty in the delay minutes (90+4) of the game that was played at the Philip II stadium in Skopje.

Coach Igor Angelovski said that he is satisfied with the outcome, especially as it comes after a long break from international football. Contrary, the players were not satisfied with the condition of the field in the national arena. "It is a shame. They want that we head to European Championship an did welcomed us with such acre" said Macedonia's team captain for the game, Ristovski. He added "If they told us earlier, we could find another town with a better field".

The next match for Macedonia is on September 8, away against Georgia. They won the other game scheduled in the League C2 versus Estonia with 1:0.

U21: Spain defeats Macedonia in Skopje

Spain dominated the game from head to toe, but Macedonia's defensive network managed to stop De la Fuente's players for much of the match. The Spanish team did not tire of proposing a game and looking for how to sink their teeth into their defensive rival, but had to wait until the final stretch of the match to achieve it.

It was through a penalty, brilliantly transformed by Hugo Duro (83 '), with which Spain U21 achieved three points that practically certify his classification by taking Israel, his first pursuer, away by eight points.