Senad Smailovic, known as Senko, director of the public company "Ulici i Patishta" (Road Administration), was arrested in Struga on Saturday with two packets of cocaine. This was reported by the Macedonian portal Lider, citing the police ticker of the Macedonian Ministry of the Interior. The event was later officially confirmed. 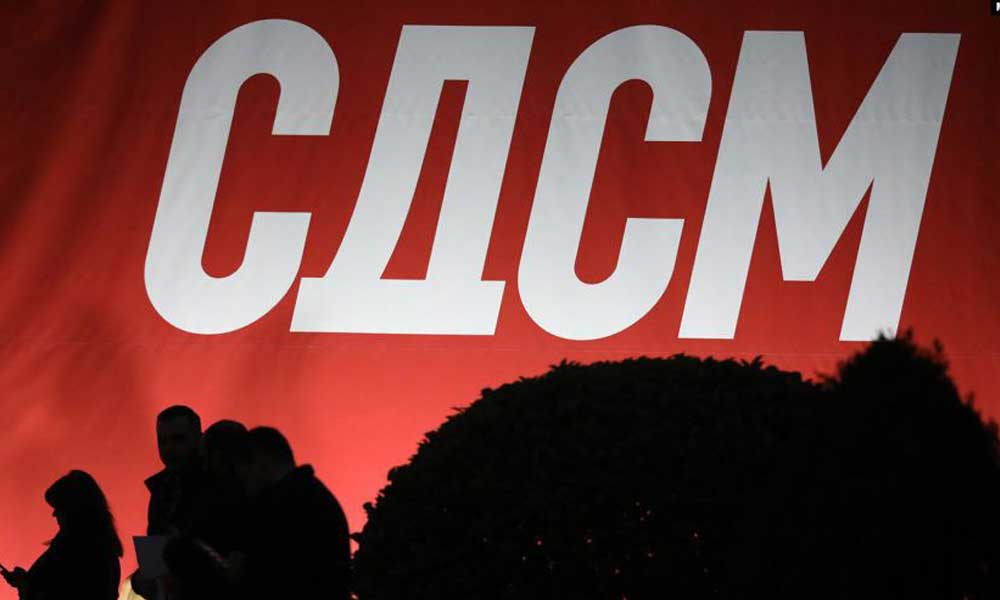 Lider reported that they learned from police sources that a large amount of cocaine was found in his possession during the search, but only one case against him as a "drug user" is being opened.

As the police bulletin of the Macedonian Interior Ministry reported: On August 15, 2020 at 10:40 p.m. in Vlado Maleski Street in Struga, police officers from the Struga police station arrested the 33-year-old S.S. from Skopje because cocaine was found during a control. He was arrested and taken to the police station. After the case was fully documented, a corresponding complaint will be filed against him.

Later, the report was confirmed that the person in possession of the drugs was the director.

Smailovic became director of the public company “Ulici i Patishta” based in the Macedonian capital Skopje after Petre Shilegov took over the office of mayor from the SDSM party. He is a long-time party member and was the leading head of the youth movement of the Social Democratic Federation in Macedonia, the SDMM in the Skopje Butel district.

In the parliamentary elections in 2008, he was the head of the municipal youth election center. In the 2011 parliamentary elections, he was head of the regional youth election base for the second constituency.
From 2008 to 2009 and from 2009 to 2010 he was a member of the Executive Board of SDMM for two terms. During his third term in office from 2011 to 2013 he was organizational secretary of the SDMM in the Executive Board of the Social Democratic Youth of Macedonia SDMM. In December 2013 he was re-elected Organizational Secretary of the Social Democratic Youth of Macedonia. (Informations taken from the SDSM homepage).
Skopje Mayor Petre Silegov dismissed Smailovic shortly after the news broke. The arrest was made on Saturday evening in Struga. The police found Smailovic with cocaine and is pressing charges against him.
Smailovic is the brother of Mersiha Smailovic, outspoken illegal migrant rights activist and confidant of former Labour Minister Mila Carovska. Mersiha Smailovic was recently in the news after using anti-Semitic slurs against Minister Rasela Mizrahi, who is Jewish.
Source: Mazedonien-news.mk (German)
Tags:
Crime News Police Politics SDSM Struga