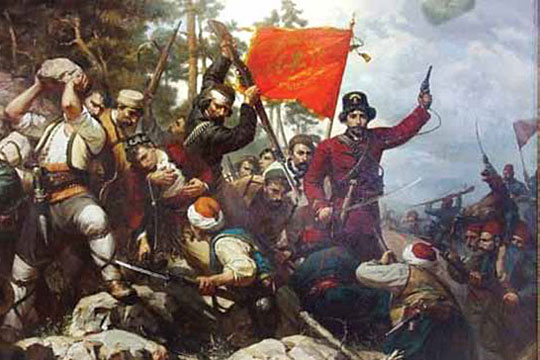 One of the unexpected side effects of the 1903 Ilinden Uprising was a brief rapprochement between the Ottoman Empire and Greece. Greece was panicked when the Macedonian uprising threatened Ottoman hold over the entire province of Macedonia, considering that Greece was planning to lay a claim to a large portion of it. So, the news of the uprising in Krusevo and large sections of Macedonia prompted a Greek delegation to travel to Istanbul and float the idea of a royal visit by King Georgios I and even the possibility of appointing his son, Prince Georgios as Governor of Macedonia, says historian Dalibor Jovanovski.

"In response to the uprising, a delegation of Greek visited the Ottoman Ambassador in Athens, calling on him to have them admitted in the ranks of the Turkish Army, so they can fight in Macedonia. Both Turkish and Greek press wrote about the event, The Government of Dimitrios Rallis was extremely active on the issue of the uprising. He immediately met with the ambassadors of the great powers in Athens, explaining the Greek position on the fighting, which were overly negative to the Ilinden Uprising", Jovanovski says.

Greece insisted that it has 800.000 ethnic Greeks living in the province of Macedonia. According to its Government, the Greek population in Macedonia was being killed and attacked by the Macedonian fighters because of their refusal to support the uprising, but were also targeted by the Ottoman armies.

"Rallis would distribute a list of violent acts he claimed were perpetrated over Greeks in Macedonia, and insisted before the diplomats that his Government is being pressured to act in their support. The Greek Ambassador in London visited the Foreign Office and also discussed the matter. Greece demanded that the Ottoman Government effectively defeats the rebels. Speaking with the French Ambassador in Athens, Rallis even raised the prospect of war between the two largest Christian groups in Macedonia, saying that Greeks would have to attack Macedonians in self defense", professor Jovanovski adds. 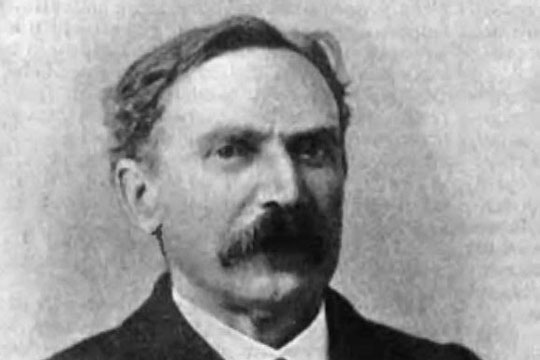 Eventually, Prime Minister Rallis refused a call by the Greek nationalist organizations in Macedonia who demanded arms from Athens, saying that the Greek Government can't allow to get involved in such confrontation with Turkey. "Rallis' response is understandable. There is no doubt that he considered supporting armed action in Macedonia, and the Greek Ambassador in Istanbul spoke about arming Greeks with Sultan Abdulhamid II. But, Rallis was against allowing Greek organizations to carry the fight themselves, and opted to wait for the Turkish Army to defeat the uprising", Jovanovski says, adding that the Greek Prime Minister even discouraged the proposal to hold a rally in Athens. Instead, Greece proposed naming Prince Georgios as Governor of Macedonia, but without insisting that Macedonia is given autonomy.

As the battles unfolded, Greece was put in a delicate position with many Vlachs, whose loyalty Greece courted, joining the uprising. Ottoman reprisals against the Vlach citizens of Klisura, who joined the battle, caused anger among Vlach immigrants from the area who lived in Athens. They prepared a delegation to meet with Rallis and to demand that he protests before the Ottoman Porte. Rallis met with the Turkish Ambassador in Athens and asked that the Ottoman forces restrain their activities against the village in Macedonia where the Greek Church was dominant. Domestically, he faced difficulties explaining why the Ottoman forces, who were declared to be friendly to Greece in this particular fight, are also killing Greek leaning citizens.

Similarly, Athens protested over the destruction of Krusevo, after the failure of the uprising. In the Greek public, the killings of Vlach citizens of Krusevo were emphasized, with claims that they suffered a disproportionate share of destruction compared to their Macedonian neighbors. Rallis claimed that the Macedonian rebels were to blame for the destruction, even though he knew full well that the Ottoman Army devastated the city. 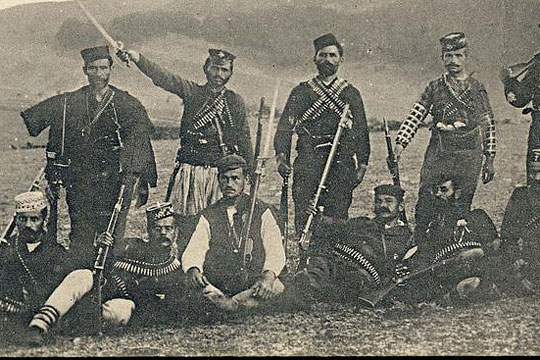 "All in all, the Ilinden Uprising prompted Greece to enhance the activities of its own organizations in Macedonia, and to support the formation of new ones. A Committee on Macedonia was formed in Greece soon after the fall of Krusevo, and it was tasked with informing the European public and diplomats about the events in Macedonia as seen from a Greek angle. It included immigrants from Macedonia who supported the Megali Idea of a Greater Greece. Archbishop Theoklitos of Athens also created a committee tasked with helping Greeks in Macedonia", Jovanovski adds.

But, overall, Greece was satisfied with the outcome of the uprising. Rallis told the British Prime Minister that he looks forward to the changing fortunes in the Balkans for Greece. He saw the VMRO forces being depleted after the failure of the Ilinden Uprising, and believed that Greeks will now be able to act more freely and send their own armed bands into Macedonia.