Is Macedonian national team transitioning into a ‘Dream Team’?

- August 01, 2017
The Macedonian national team has had quite a difficult road over the past 8 years. Qualifications have arrived and left with Macedonia sinking deeper and deeper into the final standings. 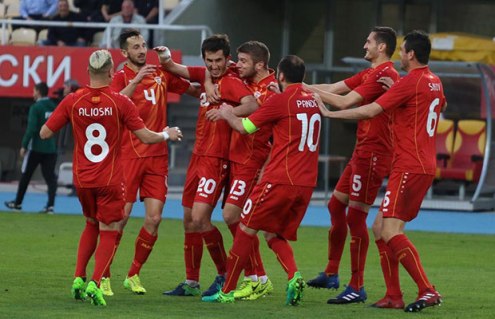 It has gotten so bad, that for drawing purposes UEFA is putting Macedonia into the pot together with minnows such as Moldova, Luxembourg, Leichtenstein and the likes. And with good reason. Macedonia has been losing matches as if it’s a new diet fad.

A year ago, in an effort to improve its terrible FIFA rank, the FFM decided to book friendlies with islands, kingdoms, protectorates and NGOs. But this backfired as Macedonia kept losing those matches too which resulted in a historic fall in FIFA’s ranking table: #163.

Thankfully, in the football world, Macedonia’s fortunes are rapidly changing for the better. Macedonia U21 team produced world class players who are now joining big clubs, as a result drastically improving the overall situation in Macedonian football.

Enis Bardhi joined Levante in Spain and will tussle with the likes of Messi and Ronaldo. What’s so great about Bardhi is that just two weeks after joining Levante he has established himself as one of the best players at the club, receiving the coveted #10 jersey. In four matches, Bardhi has scored three goals for Levante, three of which were superb free kicks. Here is the latest against Villareal:

Then we have Alioski, who joined Leeds in England. British pundits have proclaimed Alioski as the best signing not by Leeds, but in all of England. He too has scored twice in three matches even though he plays as defensive back, and the Brits are in awe of his speed and agility.

Then we have our 17 year old gem Elmas, who joined Turkish giants Fenerbahce on a 5m euro transfer fee from Rabotnicki. Though he is only 17 Elmas is already playing for the senior national team.

Vardar’s goalie Filip Gacevski is now wanted in Turkey as well. Osmanlispor has extended an offer to buyout his contract after the goalie impressed in the champions league. 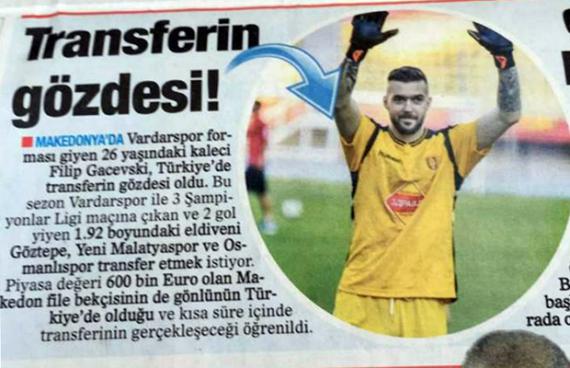 Speedy Stefan Spirovski appears to be on his way to Sporting Lisbon, while Nestorovski may be leaving Palermo and heading to Fiorentina.

Considering all of these players are in the early 20’s, one can safely hope Macedonia has much, much better footballing future going forward.