- October 24, 2016
Musical instruments, folklore costumes, uniforms, jewelry and various items and sundries which date back more than 100 years are arranged on the shelves in antique shops in the Old Bazaar, which are some kind of time machines that will take you on a journey in the 19th century through the days of the former Yugoslavia, until the independence of Macedonia. 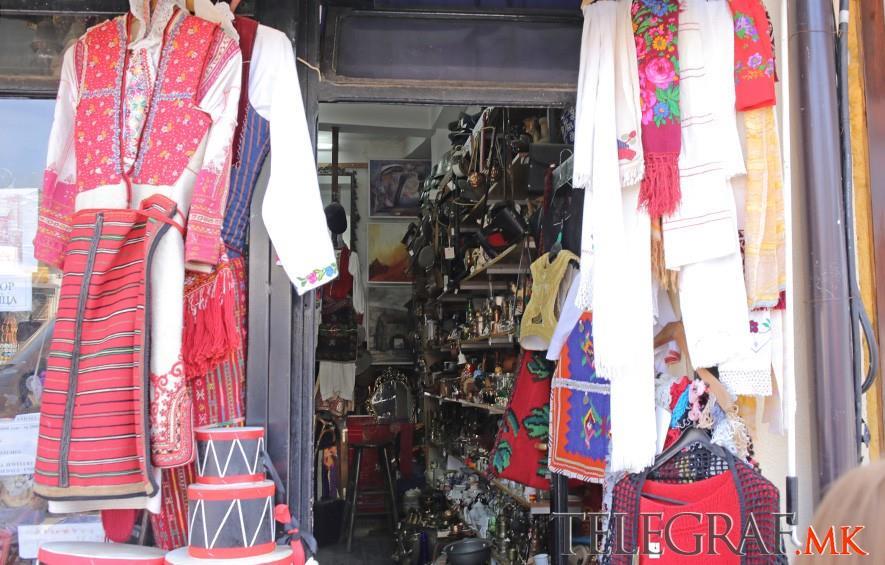 Antique shops in the Skopje Bazaar, despite for collectors of antiquities, are as well very attractive for tourists who mostly buy traditional Macedonian costumes. But part of the owners of antiques complained that people come in their shop just to take a look at the objects and they joke that they will earn more if they collect money for the entrance.

We visited the antique shop "Pella Antik" which took us back decades ago. On the walls hang military uniforms from the First and Second World War, the time of Yugoslavia, coins, Macedonian costumes ... The shelves are full of traditional Macedonian jewelry, the first Macedonian denars, Turkish documents, porcelain dishes, old cameras, binoculars, cameras, medals, watches ...

The various items were carefully collected and redeemed by the owner Stoile Trajkovski. He said that nowadays it is very easy to get to the objects, but it is difficult to get to the really valuable ones. 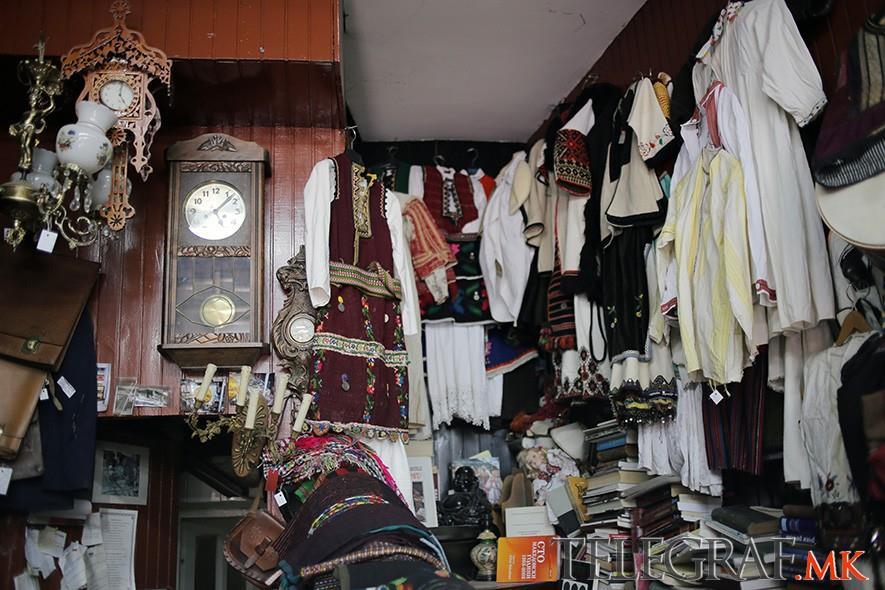 "It is very easy to find the items, but it is difficult to get to a valuable material. Now a lot of people are selling various items, because they must, or due to crisis, because they have no money and sell everything. This was not the case in previous years", Trajkovski says.

He said that Turkish tourists are the main clientele. They mostly buy old coffee services produced in factories that no longer exist - Porcelanka, Staklara - Skopje, Keramika.

In addition, foreign tourists are very interested in traditional Macedonian costumes from the late 19th and early 20th century. The Galichnik costume is the most expensive piece or object that is sold in the antique shop and costs MKD 20,000. 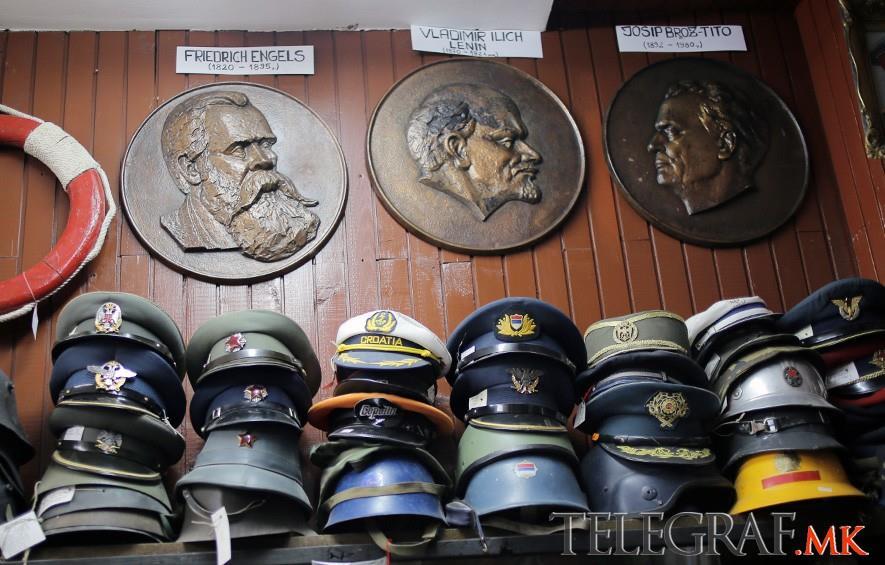 Also popular are the coins and the traditional Macedonian jewelry, such as the belt buckle the Macedonian brides wore. It even has a special place on the wall in the antique shop, in a frame. 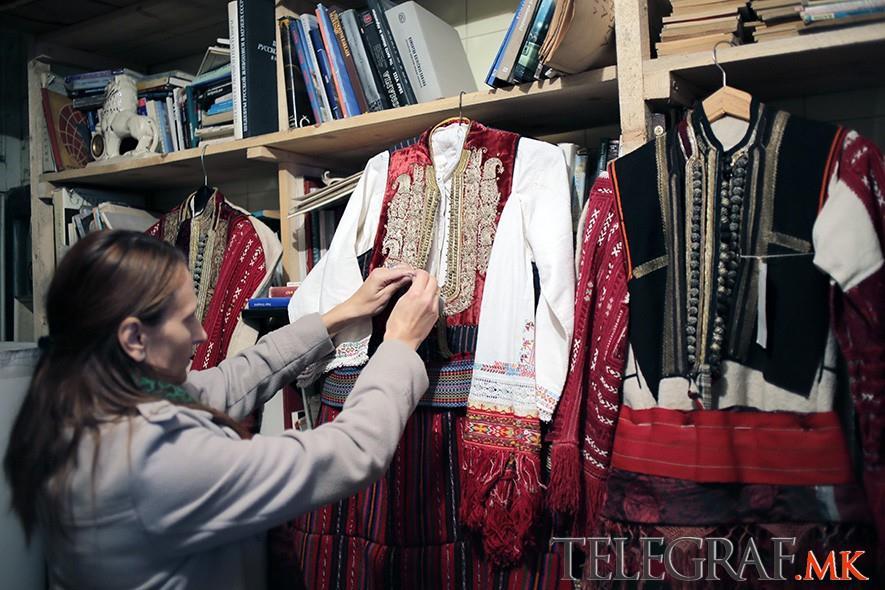 This antique shop is a real little treasure for all Yugo-nostalgic people. Titovki, medals, helmets, badges, medals, uniforms, flags – all from the days of Yugoslavia. Titovki are sold for MKD 600 and Yugoslav officers' hats for MKD 1,800. We also noticed a well-preserved German helmet from the World War II, which is a bit more expensive, MKD 6,000.

In a sea of traditional costumes and uniforms which are the most frequent items in the two stores of "Pella antique", there is a Singer sewing machine which is half a century old, hand-Russian camera from the socialist times. Especially interesting and preserved in excellent condition are both radios - one German from 1943 and one Yugoslav from 1957 produced in Radio Industry - Zagreb. 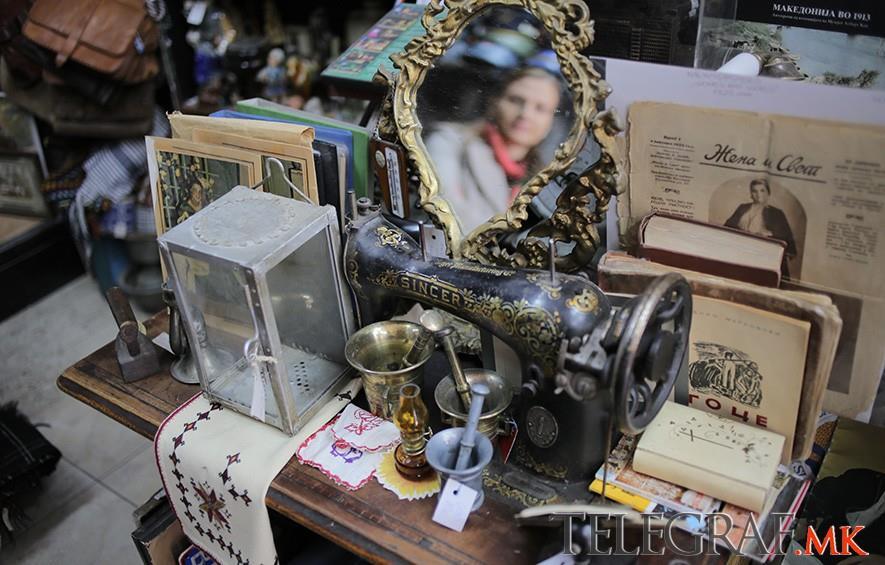 Something that is one person's waste is another's treasure - you may find yours in one of the shops for antiques in the Skopje Bazaar.
Tags:
History Travel