Macedonian bus burned out in Bulgaria, 45 dead including 12 children 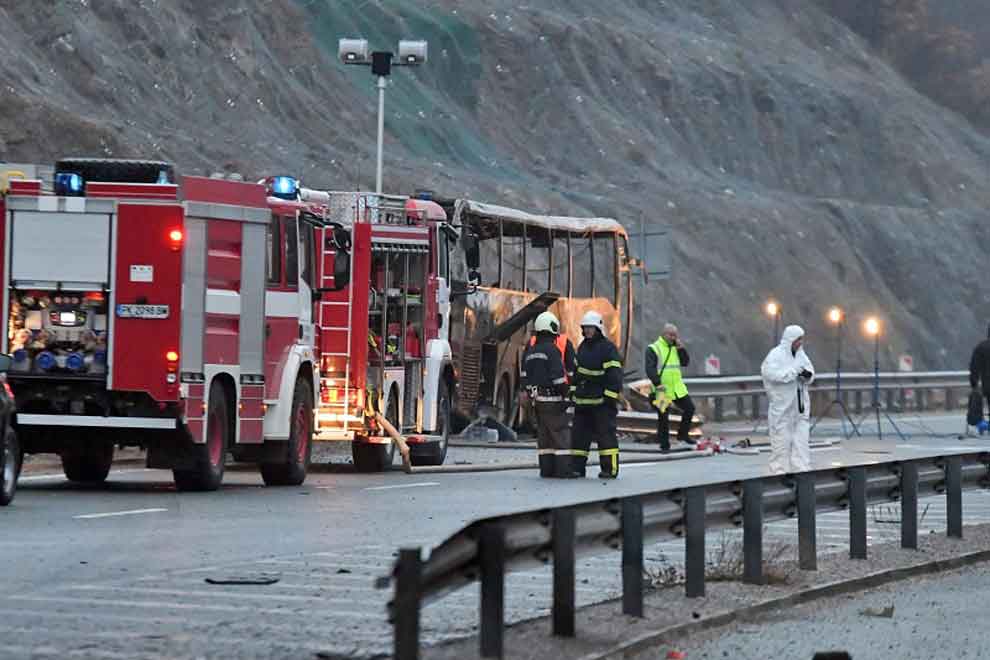 The serious traffic accident in which a bus with Macedonian license plates caught fire occurred during the night from Tuesday to Wednesday on the Struma motorway in Bulgaria. Among the dead are 12 children, seven people survived the accident.

The tragic incident occurred near the village of Bosnek at 2 a.m. on Tuesday evening. The fire broke out after the vehicle hit the protective fence. Interior Minister Boyko Rashkov said that there were 12 children among the victims. The driver was also killed.

A total of 53 people were on the bus that was presumably going to Istanbul. The survivors of the accident are a 17-year-old girl and six adults. All are citizens of the Republic of Macedonia. They were transferred to Pirogov. The hospital says their condition is stable and that they are out of danger. Six people have burns and one patient has a leg injury.