"The responsibility for this outcome is mine and I'm resigning as prime minister and as leader of the Social Democratic Union," Zaev said at a news conference at party headquarters.

Although official results were not yet in from the local elections, Zaev conceded defeat in the most important contest — the mayor's race in the capital, Skopje, with incumbent Petre Shilegov losing to challenger Danela Arsovska. According to first numbers, Arsovska collected nearly 30000 votes more 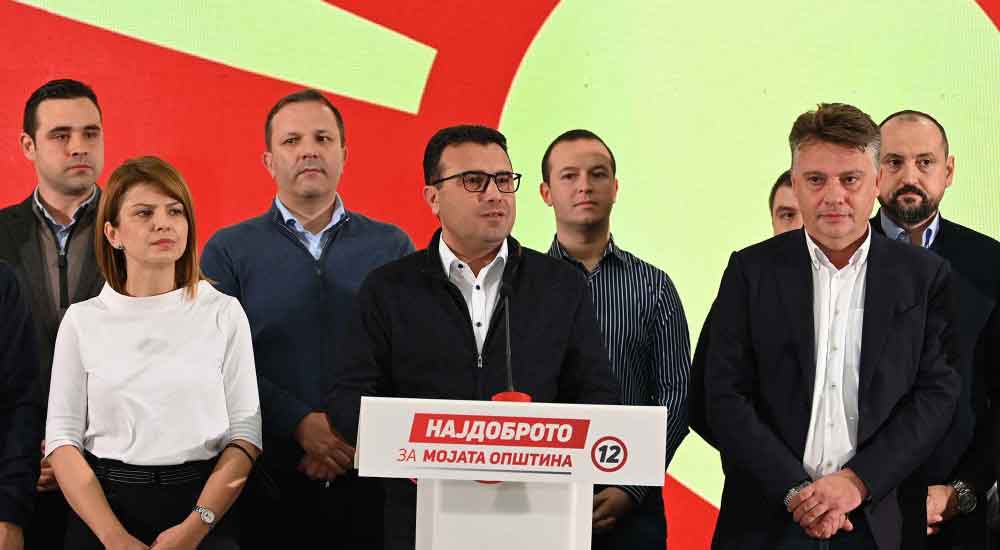 Candidates supported by the main opposition party, the VMRO-DPMNE, appeared set to win at least half of the country's 80 municipalities, with SDSM set to win fewer than 20.

At the last municipal elections, in 2017, the Social Democrats won 57 contests and VMRO-DPMNE only five.

Zaev came out against early national elections. Instead, he will support a Social Democrat-led government under a new leader, but according to Macedonian law if the prime minister resigns (or is unable for duty or dies) also his government must resign.

The German media DW in Macedonian explained the procedure:

With the resignation of Zoran Zaev from the office of Prime Minister, the entire government resigns. This is provided for in Article 93 of the Constitution. The first condition for this is the resignation announced at the press conference on Sunday, which Zaev is supposed to present in writing to the Speaker of Parliament, Talat Xhaferi. Until then, the Prime Minister and the current government can continue to work formally and legally.

The procedure is then similar to the election of a new assembly. The head of state is in fact obliged to give a candidate from the party, ie the parties that have a majority in parliament, the mandate to form a government within ten days.

The Prime Minister-designate then has 20 days from the date of the award of the contract to submit a program to Parliament and propose the composition of the government.