Late on Sunday evening, the leaders of the two largest political parties on the Macedonian political scene declared victory in the local elections.

While waiting for the official and final results of the state electoral commission, both VMRO-DPMNE and SDSM declared victory in the first round in a number of municipalities, but also a head start for the second round of elections, which will take place in two weeks (October 31).

- SDSM and the coalition won in the first round or have a serious lead over VMRO-DPMNE in more than 30 municipalities and of course in the city of Skopje, said Prime Minister and leader of SDSM, Zoran Zaev, at a press conference after midnight yesterday.

The chairman of VMRO-DPMNE, Hristijan Mickoski, declared victory in the first round in the battle for mayors in more than 20 municipalities and in the races for city councils in at least 50 municipalities.

According to unofficial party counts, VMRO-DPMNE won in the following municipalities of Skopje:

According to the data from SDSM, they won in Karposh, Centar, Suto Orizari, Aracinovo.

For the city of Skopje the difference is small, so it can be assumed that the second ballot will decide whether Shilegov or Arsovska will be the new mayor. At the moment Arsovska is ahead of the ruling major Shilegov with 3%. 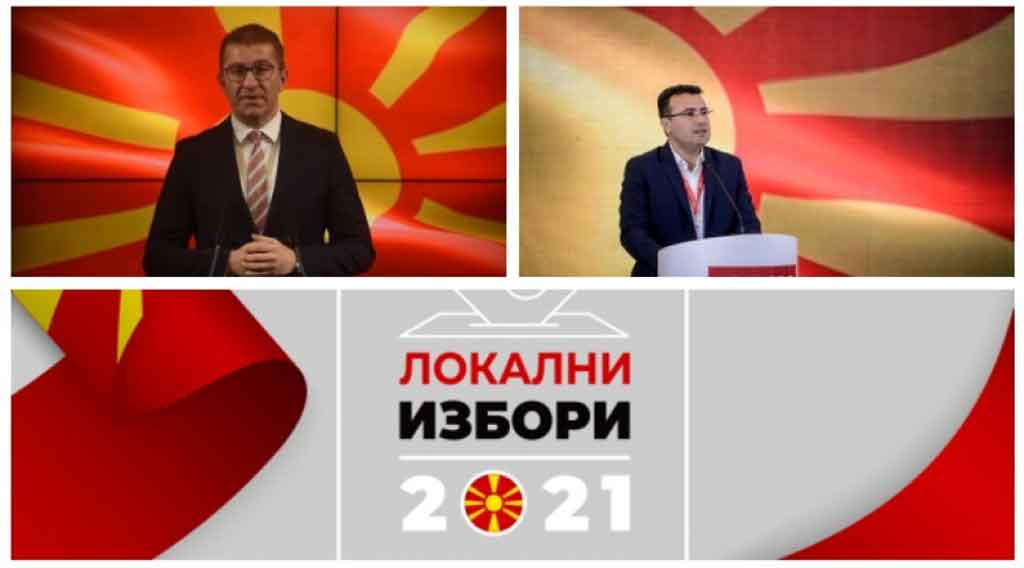 Nationwide, the DPMNE is probably one step ahead

VMRO-DPMNE declared the victory in large cities such as Stip, Prilep, Veles, Kavadarci and, according to their statements, led convincingly in Ohrid and Bitola, said the head of VMRO-DPMNE, Hristijan Mickoski at a press conference before midnight.

Zoran Zaev, on the other hand, says that SDSM wins or has an advantage over VMRO-DPMNE in the first round of local elections in more than 30 municipalities in the country. Of the larger cities, SDSM only won in the first round in Strumica.

DUI President Ali Ahmeti declared the victory in the local elections and said that his party had won the first round in Saraj, Plasnica, Lipkovo and had an advantage in many other communities.

Despite the increase in votes, the previous mayor Arben Taravari won the race in Gostivar in the first round, but failed for only 39 votes to gain victory i.e. 50%+1 vote for majority.

The independent candidate and current mayor of Kumanovo from the "For Our Kumanovo" initiative, Maksim Dimitrievski, announced that he will enter the second round of the 2021 local elections as a leader, ahead of the SDSM and VMRO-DPMNE candidates. Dimitrievski was expelled from Zaev and the SDSM after publicly criticizing party decisions.

Final results are expected on Monday during the day.

Final results after the first round of elections for the following cities and municipalities:

According to the electoral commission, there will be a second round on October 31 in the following cities and municipalities: