The Tampa Bay Lightning won the NHL Stanley Cup. For the second time. For the first time, the current and long-time captain of the team lift the prestigious trophy: The Canadian Steven Stamkos - Macedonian on his father's side, Scot on his mother's side.

The Tampa Bay Lightning have won the championship in the "best ice hockey league in the world" NHL for the second time in their franchise history. 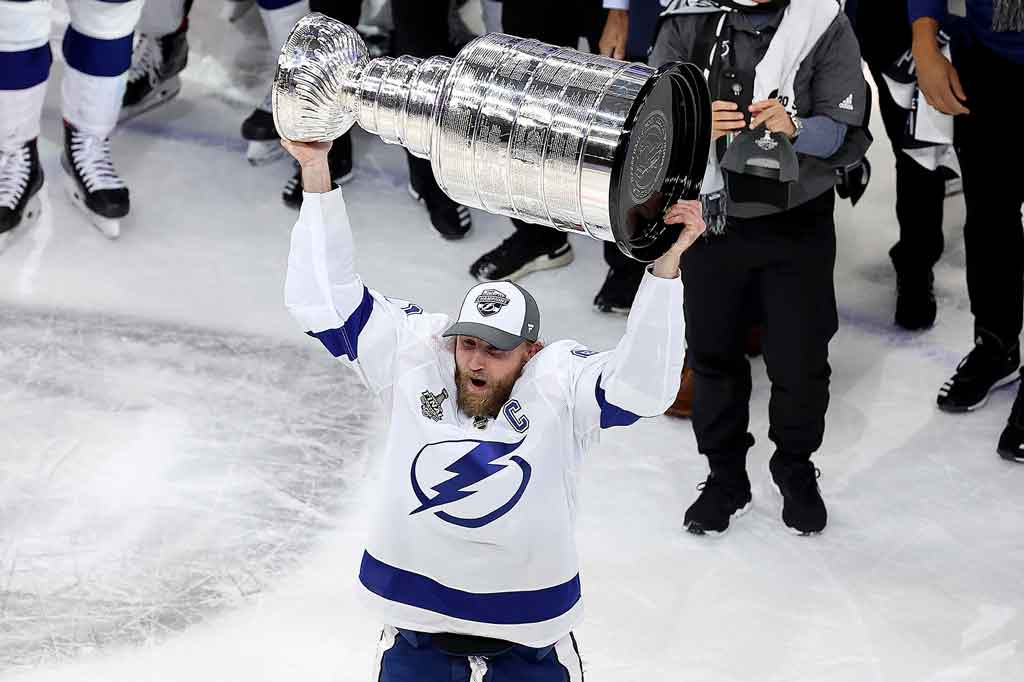 In the sixth game of the best-of-seven series for the Stanley Cup, the Florida based team defeated the Dallas Stars 2-0 and decided the final series in the strongest ice hockey league in the world with 4-2 in games. The Lightning won for the first time the Stanley Cup in 2004.
Steven Stamkos, whose father originates from Aegean Macedonia in what is now Northern-Greece, had to wait a long 30 weeks for this moment.
As of February 25, the Tampa Bay Lightning's captain had been out of action due to a lower muscular injury. 211 days later he made his comeback in the Stanley Cup final.
READ ALSO: STEVEN STAMKOS ‘’MACEDONIAN HOCKEY KILLER ’’ PROUD OF HIS MACEDONIAN ORIGIN
And what a comeback: The 30-year-old forward received a build-up pass from Victor Hedman (chosen as MVP), broke over the right wing to the face-off circle and lifted the puck with a precise shot top shelf for a 2-0 lead.
"It was a wonderful experience that I was able to share with my team-mates," said the the half-Macedonian afterwards.
"The cheers were a little louder than usual," confirmed Bolts coach Jon Cooper. "All the players sympathized 'Stammer'." Goal assistant Hedman could only confirm that: "We all knew that it meant a lot to him. You could see also from the reaction of the team what it meant to us too."
Tags:
Sports Stars